When people speak of times of profound sadness and upheaval, the story is often full of accounts of people coming out of the woodwork to offer support, assistance and love.


When my Mum died five months ago, we were very lucky to have many caring people, both family and friends, around us. I don't know what we would have done without each and every one of them. From their warm remembrances in their mailed cards, to special deliveries of chocolate chip cookies and offers to take our dog so we could do 'what we had to do,' the willingness to pitch in was amazing.


On the other side of the coin, what was equally amazing was that a number of friends disappeared. Vanished without a word... no phone calls, emails...poof! Gone. 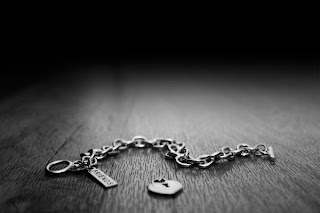 Death is an uncomfortable milestone. At times it's hard to know what to say, what to do... often people just don't do anything - except go AWOL. Thankfully those who were there (and continue to be) for us outnumbered the people who weren't but still, I do find myself reevaluating the people in my life now. If someone who has been there for all the giddy, happy moments can't find it in themselves to offer a hug, or just a simple 'I'm sorry' at the worst of times, well I don't really call that friendship in the true sense of the word.


I've been told this type of friendship appraisal is a common occurrence when a death or tragedy happens. Sometimes the people that you thought were *there* for you in the most true sense of the word, aren't while others on the fringe of friendship cannot do enough for you. It's funny how loss can make you see situations and the people around you much more clearly. I'm still hoping that the folk that disappeared into the abyss will show up sooner rather than later but as the days fly by, I'm starting to wonder...

I can completely relate. When my mom died nearly 5 years ago there were definately friends who obviously didn't know what to say or how to act around me. Some dealt by acting just like nothing had happened, like our world hadn't just been turned upside down. I remember it making me really mad, and thinking of that experience like a barometer of sorts for my friendships. Others were great, and truly my lifeline. I got over the resentment slowly, and as my life turned back to normal some friends started showing their faces again, but to this day I remember those that were there for me, and we have grown closer because of it. I try not to be too bitter with my friends who didn't know how to act, especially in a situation like this one, when the death occured at an early age, and I was still in my early 20s, and many of my friends hadn't yet experienced the death of a grandparent yet, much less a parent. As we get older, we get wiser on how to handle these sorts of situations. It has taught me, however, that saying something is always better than saying nothing at all. Even if you're worried it might not be the right thing to say.

It's the weirdest feeling to have people you would count on as dear friends behave in this manner. I find it shocking. A friend noted that everyone grieves differently - and I do get that - but when they can't bother to say *anything* that's where I draw the line. Saying nothing does more harm than good.

I'm sure the sting will lessen in time, but I doubt that I'll forget.

Thanks for stopping by, and posting about your experience Plain Good Sense. I really appreciate it.

A neighbour of a friend of mine was... her 3 year old was hit by a car and she died. I only knew her from nodding to her as I visited my pal. At the request of my friend's neighbour when I paid my respects I went upstairs to view the little girl. Whenever I see her now, a year after the funeral, my tongue swells up. I don't know what to say, simply because I cannt imagine the pain of losing a child. I have three and occasionally you have these mad day dreams about 'what if', so I can't say anything to her. I know if it had've been her husband or parent I could relate, that's normal. Everyone is older. But a baby? Never know what to say and hate that I don't know what to say. But she told me she understands, so fingers crossed. The point of this story? No idea. But sometimes you just freeze.

Niamh, thanks for sharing your experience. I can understand how a death can make someone look into their own situation and be so fearful of such a loss happening in their own life. I've been there too. Several of my girlfriends lost their mums years before I lost mine. It almost paralyzed me when it happened to them. Made me think just how horrible it would be to lose my own. Despite the hurt, I did still reach out to them the best that I could.

Perhaps the loss of a child is different... I think it might strike a different cord. Children aren't supposed to pass away before their parents - it upsets the natural order of things. I don't have kids of my own so I can't speak to such fears - I can only imagine.