The other week, I received some exciting news on the job front.

Since my late teens, I've worked in the media -- in broadcasting, specifically. I lived and breathed this wonderfully creative industry! I was fortunate to work for two incredibly innovative companies -- two of the very best in Canada -- and I was always so proud to be associated with both of them.
Unfortunately, a short time ago, the broadcast landscape changed. Buy-outs and mergers were the name of the game. After years in the biz, I was laid off. My beloved TV company (my 2nd) was gobbled up by another, and while the successor celebrated its latest triumph, many of us were caught in the first wave of redundancies and kicked to the curb. Well, it wasn't actually that violent, but it sure felt like it at the time.
It does sound like a cliche, but in many ways the loss of my job, one that I loved so much, turned out in retrospect to be a good thing for me. The company culture changed, many other people were later let go in the layoff undertow that followed and the place was suddenly different.
Companies change. People move on. Life goes on. Re-invention while tricky at the best of times, is always a positive step.
I decided to follow my other passion and become a freelance writer. 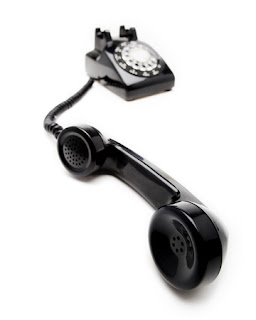 The new career path started hesitantly. My Mum's illness was one of the reasons why my new gig began with a whisper and not a shout. I wanted to be there for her hospital stay, her subsequent healing at home, and doctors' appointments. At least dabbling in freelance, I could be there for her on my own terms. I didn't have to ask anyone for permission. I didn't have to feel guilty that I was often absent. Being cut free from a 40+ hour a week office job was a very good thing at a time when family must come first.
My Mum was the first person that I would call when exciting news came my way. She was always my #1 fan. She never had an agenda, or felt obligated to be happy for me. Her joy for my little victories was genuine every single time. Since my Mum passed four months ago, I have had countless instances *daily* when I really wanted to call her up and tell her my news. Most often it would be just minor stuff but still... the stories of everyday life where you share tidbits back and forth. I shared so much with my Mum on a daily basis. Life has felt somewhat hollow without her at the other end of the telephone, or dining room table.
The other week, I received news that one of my pitches to a new potential writing client had been accepted. This news was a huge deal for me - a first step to working for new people, getting more exposure, getting truly in gear for this new career that I am really enjoying. Yet, the one person that I wanted to share it with more than anyone else was not here. Even now when my dialogues with her seem somewhat one sided, I still want to make her proud. Hopefully somewhere, she is.
Posted by Jackie at 10:06 PM

I know that she's still keeping watch and is proud of you for each new step on this journey...

We can only hope that they are still looking over us and are proud of both how we are coping and how we progress in our lives.

I know from my own perspective, and my daughters that we both need to feel that my mum their nanna is still with us somewhere still our #1 fan, as you mentioned.

You are doing good, and your mum would be so happy.